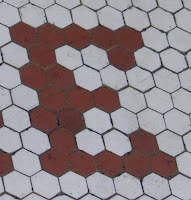 verywhere you go, there is an immense amount of visual information in the built environment competing for your attention. Most of the time you tune out the “irrelevant” information. If you didn’t block out some of the information, you would never get to your destination on time. (Or you might drive off the road.) An interesting book that addresses this subject is “How to See: A Guide to Reading Our Man-Made Environment” by George Nelson, the prolific architect and designer. The book is out of print, but you can pick up a used copy on Amazon among other places.

I bought the book a few years ago from Design Within Reach (this was actually within my reach at $30, unlike their sofas) when the company reprinted the volume. Just as the title promised, it provided a new perspective to how I look at the built environment. I had no idea how much I was ignoring each day.

If you happen to live in an urban area, take a look at any given block and try to count the number of signs. There will be parking signs, traffic 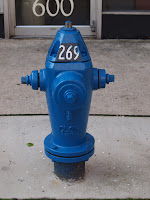 rules and warning signs, street name signs, address numbers, store and office signs, menus, advertisements, newspaper boxes, graffiti, and posters. Unless you are looking for something specific, you likely ignore most of this visual clutter. If you are driving, it is always a good idea to pay attention to some key road signs, but it can be tough to catch everything when they put up to 4-5 signs on each available post or utility pole. Nelson gives good examples of the types of driver-related visual information overload.


Nelson suggests there are some universal patterns in elements of the build environment, like the fact that manhole covers are generally round, metal and must have an opening so you can pick them up when needed. 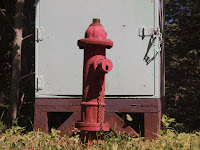 He also mentions fire hydrants as being universally the same. I have to say that I have run across some variations in hydrants. (OK, it took me a half-hour to find two hydrant photos in my collection, but I knew there was a reason I kept them.) The blue hydrant, which seems more aerodynamic than any fire hydrant needs to be, sits in Bristol, Tn. The red hydrant, which is super skinny, is on guard in Shenandoah National Park in Virginia. Both are deviations from the standard hydrant I grew up ignoring in upstate New York. Anyone else seen any unusual fire hydrants? Am I the only one who now takes notice of fire hydrants?

The "E" at the start of this post is from Charleston, S.C. Sadly, I have no South Carolina hydrants to offer. But in a few weeks, I will be using this and other "E"s as I launch GDL Studio. Just a few more Virginia bureaucratic hurdles to clear. I think I can see the finish line.
Posted by GDL Studio at 6:03 PM

Slots and Bingo - Mapyro
See 삼척 출장마사지 15 photos and 8 양산 출장샵 tips from 5001 visitors to Slots and Bingo. "It is amazing. I am still 속초 출장안마 playing a lot of slots. Every single moment I find  Rating: 3.5 · ‎501 서산 출장안마 votes 이천 출장안마